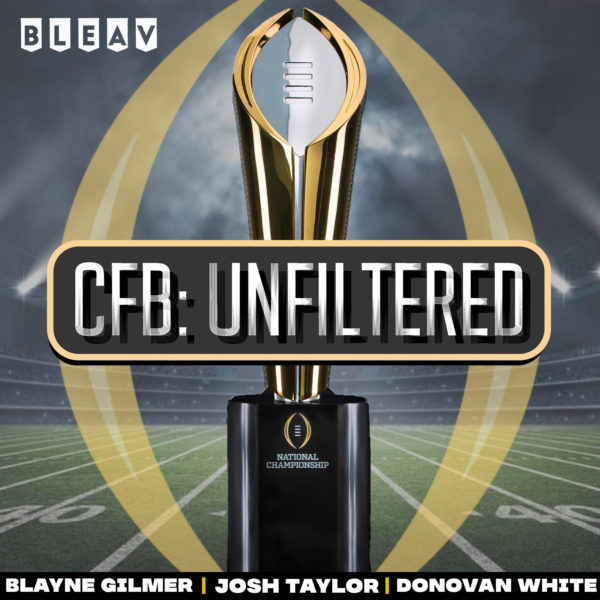 A College Football Podcast part of the Bleav Podcast Network, that is hosted by three hosts with unique backgrounds and insight in College Football! Josh Taylor @JoshTaylorWFT has been a Washington Football Team podcast host for 3 years, and also breaks down college football players and teams as a whole. Josh attends the Senior Bowl as media, and enjoys projecting players in the NFL Draft. Blayne Gilmer @BGilmer18 is a writer and recruiting analyst for UGASports.com (Rivals Network) and host of the “Recruiting Every SECond Podcast”. Donovan White @Donnymac98 is a former D1 Football player from Miami University. Donovan won the 2019 MAC Championship as an Offensive Lineman, and looks to transition his knowledge of the game off the field! Official Twitter account: @CFBUnfiltered