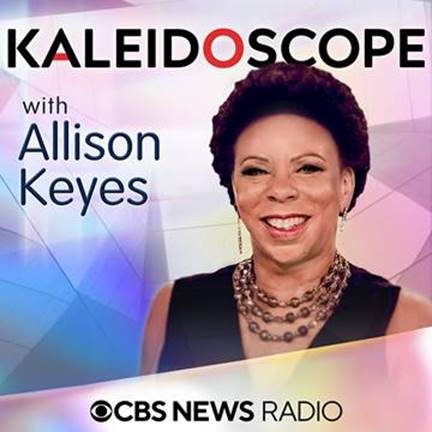 LISTEN TO THE TRAILER HERE

CBS News will launch a new podcast offering, KALEIDOSCOPE WITH ALLISON KEYES, on June 14. The new podcast, a collaboration between CBS News Radio and the CBS News Race and Culture Unit, will be available on all podcasting platforms and on CBS Village, CBS News’ platform to showcase reporting on diverse communities. New episodes will be published each Monday.

KALEIDOSCOPE WITH ALLISON KEYES features CBS News Radio host and correspondent Allison Keyes reporting on social justice issues across the nation. Each week, Keyes leads expansive conversations on topics including race, gender, disability, income inequality and beyond. The podcast also delves into examples of inequality from the police killing of Breonna Taylor to the Derek Chauvin trial and continued coverage of the increasing violence against the LGBTQ+ community to the potential looming homelessness crisis as pandemic eviction moratoriums lift.

“This is an important step in the evolution of CBS Village, as we try to offer the best storytelling and reporting on critical issues facing our country,” said Alvin Patrick, executive producer of the Race and Culture Unit. “Allison is an excellent interviewer and reporter and the launch of KALEIDOSCOPE WITH ALLISON KEYES means new audiences will get to hear her smart approach to the important issues of our time.”

“Allison Keyes is one of the best in the business,” said Craig Swagler, vice president and general manager of the CBS News Radio Network. “Our listeners on radio know Allison’s unique, informative view on these important issues. We’re confident podcast audiences will be drawn to the vast subject matter explored in KALEIDOSCOPE WITH ALLISON KEYES.”

“I became a journalist to share the voices and truths of communities across this nation that are often marginalized and all too often go unheard,” said Allison Keyes, creator and host of KALEIDOSCOPE WITH ALLISON KEYES. “It is important to give people the chance to learn what others are going through, hear about the battles being fought and discover what is being done to create fundamental change.”

KALEIDOSCOPE WITH ALLISON KEYES will be available on Apple Podcasts, Spotify and wherever podcasts are available.

Allison Keyes was named a Washington correspondent for CBS News Radio in 2019. Keyes is an award-winning multimedia journalist with more than 25 years of experience. Previously, she served as a freelance correspondent for CBS News Radio. Prior to CBS News Radio, Keyes was a reporter for NPR in Washington, where she was a guest host for the program “Tell Me More with Michel Martin.” Keyes has earned more than 20 key journalism awards from organizations ranging from the Alliance for Women in Media Foundation to the National Association of Black Journalists.